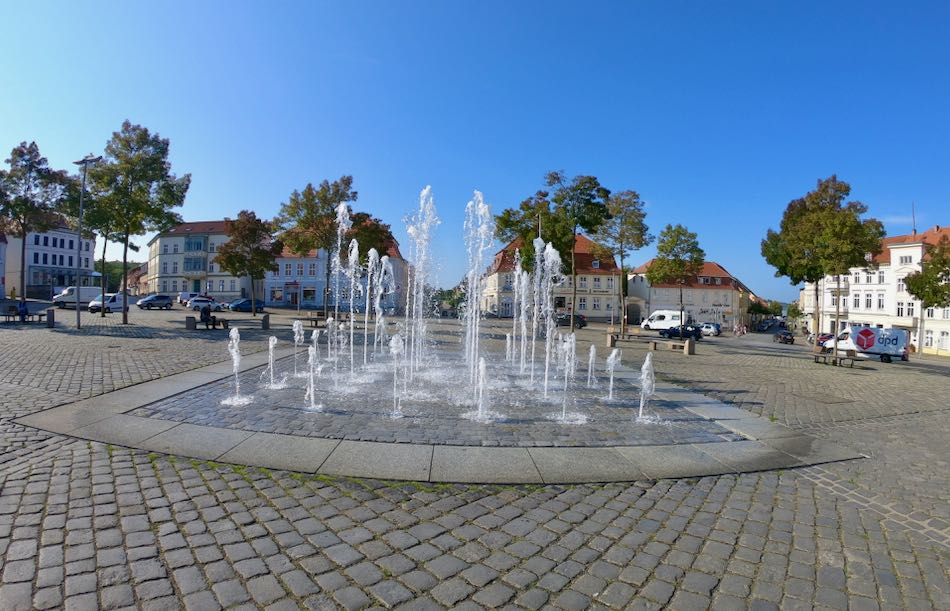 On historical trails through Neustrelitz

Neustrelitz is located in the beautiful Lake District of Mecklenburg, surrounded by the Müritz National Park.

The city was planned with the baroque architecture and founded in 1733. It was home to the ruling Duke Adolf Friedrich III of Mecklenburg-Strelitz, who, after his castle had been burned down in 1712, moved to his newly built Neustrelitz residential palace. Today we can visit the historical center of the city, with many architectural monuments, widely preserved.

Strelitz already existed in the 13th century. Around 1278 the village was mentioned in a document, in 1349 the village received its charter. Old Strelitz was an independent state town in the Middle Ages and, after the division, was the capital of the partial dukedom of Mecklenburg-Strelitz, where the first Duke to rule was Adolf Friedrich II.

The star-shaped urban complex of the late Baroque period is unique in Europe and can be seen in a particularly impressive way from the city’s church tower.

The square with the city church is one of Neustrelitz’s tourist spots.
The late baroque complex of the former ducal city of Neustrelitz is unique in northern and central Europe. Eight streets branch off the market square, the preserved baroque cornerstone of the city. The builders wanted to imitate the layout of a typical Italian city around 1730. Beautiful old houses with Art Nouveau elements and facades characterize the cityscape of Mecklenburg as well as the twin towers of the castle church.
The residential palace itself was destroyed at the end of World War II. The markings on the Schlossberg show the floor plan of the building. The reconstruction has been discussed for years, but so far there is no money. Meanwhile, the state of Mecklenburg-Western Pomerania has pledged seven million euros in financial support for the reconstruction of the castle tower.

Garden of the castle

The beautiful palace garden, which was designed in French style in 1732 based on the Versailles model, has been preserved and had its historical aspect since August 2019, after ten years of renovation. Expanded in an English landscape park in the 19th century, today it forms a green oasis on the edge of the city center with many sculptures, water fountains, ancient trees and romantic paths.  In the northwest part of the park we find a temple for the popular Queen Louise of Prussia. 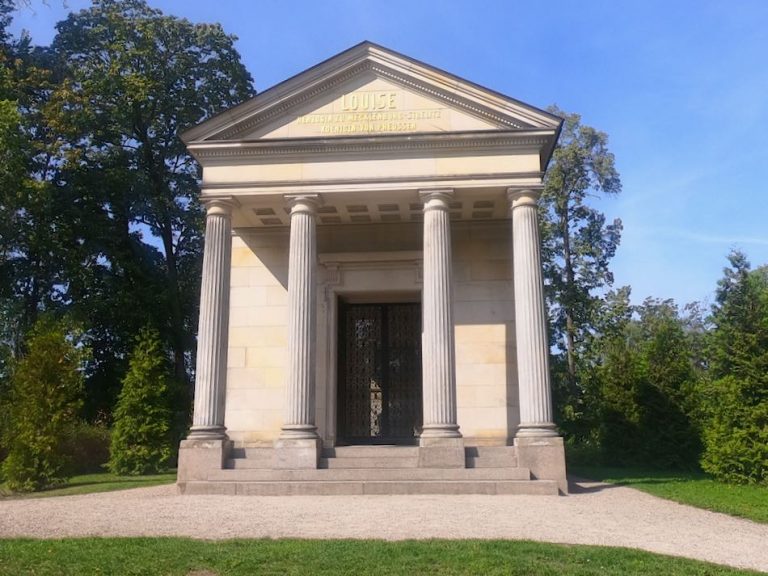 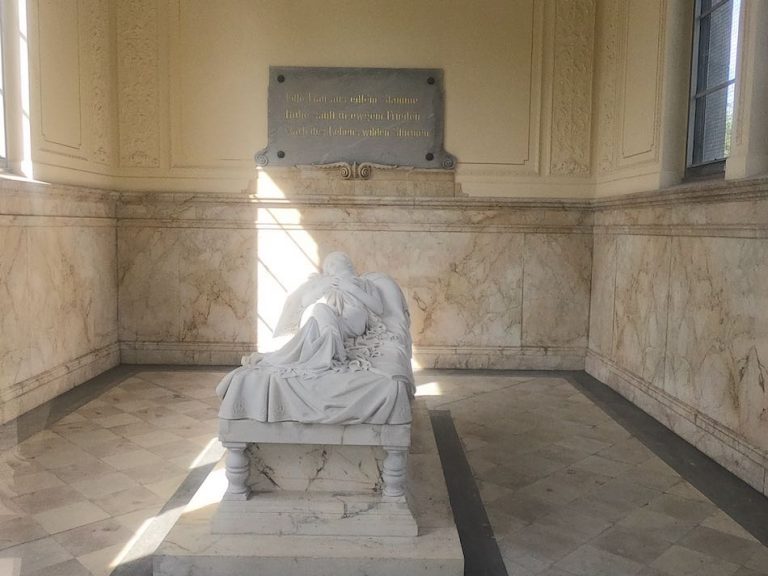 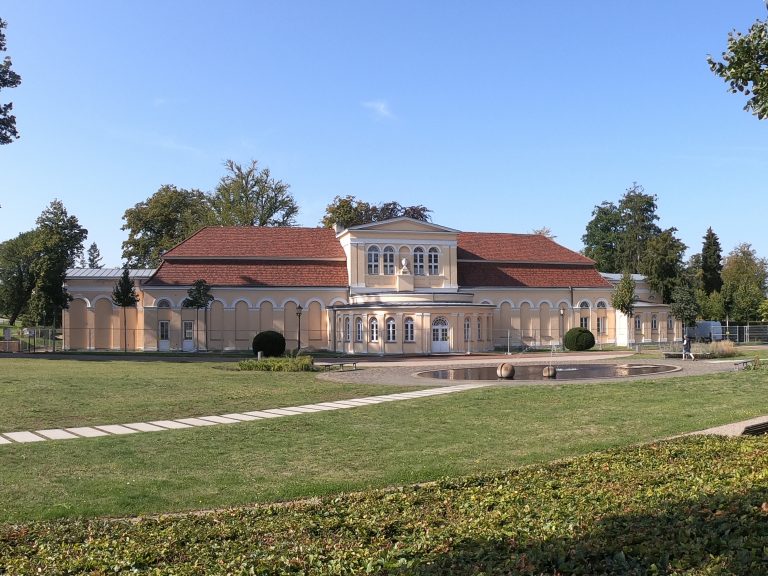 Laranjal in classic style is a pearl in the northern part of the palace garden. Originally, the so-called Orangerie was built in 1755 as a winter garden for plants. Inside there are three halls: the yellow used for gastronomic purposes, and the red and blue used regularly for cultural events. 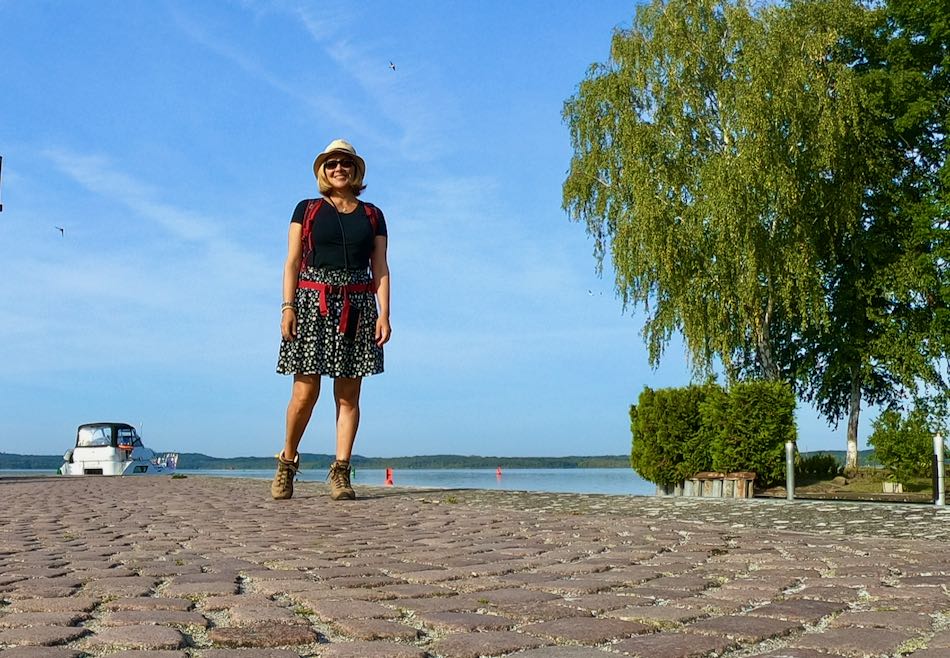 The city port on the Zierker See is the gateway to the Havel waterway and lake district.

The mysterious death of the Grand Duke

In the winter of 1918, the First World War had been raging for almost four years, things happened in Neustrelitz, Mecklenburg, that have not yet been completely clarified. Grand-Duke Adolf Friedrich VI of Mecklenburg-Strelitz certainly left for a walk with his dog in the early evening of February 23 – but he never returned. A search operation remains unsuccessful at first, only the cover of his uniform and the dog will have discovered helpers in the darkness.

Only the next morning Adolf Friedrich’s body is found. He was floating in the canal, a few kilometres from his residence, with a bullet wound. The cause of death is officially recorded as “drowning”.

The story as an opera

The unexplained death of Adolf Friedrich VI inspired director Lothar Krause to bring the events to the stage in a fictional story. The musical basis for the performance at Landestheater Neustrelitz is the opera “A Masked Ball” by Giuseppe Verdi.

There is a farewell letter, but it does not mention any concrete reason. Apparently Adolf Friedrich killed himself, turned a gun on himself at the edge of the canal, so that he fell into the water. But why? There’s a lot of speculation. In his farewell letter, the Grand Duke writes about a “Dame” from which he couldn’t get away. And that he was not worthy to continue living. But he did not say a name.

The questions are many. Did he have an affair with the woman mentioned in the farewell letter? She didn’t correspond to his post and now she’s blackmailing him? Are there illegitimate children? After the death of Adolf Friedrich, a woman asked for five million Reichsmark of the family, but she never succeeded. Many also speculate that the Grand Duke was homosexual, and the passion was for another man. To this day, there are no answers.

💚💙💚💙 Pure nature between the dunes!