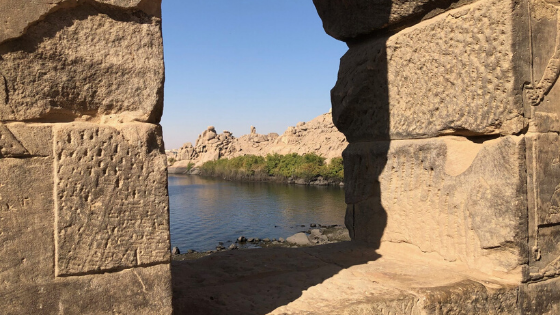 Egypt’s ancient centre for the worship of Isis, the Temples of Philae was venerated from the Pharaonic era through the Greek, Roman, and Byzantine periods, with each ruler making their own adaptations here. This sacred site has dazzled travellers since the first Nile cruises from Cairo and is one of the most important monuments in Nubia.

We visited the Temple Complex of Philae, whose construction began around 690 BC, on the fourth day of our Egypt trip that began in Cairo.

Philae is mentioned by numerous ancient writers, and was, the name of two small islands situated just above the First Cataract near Aswan.

Dedicated to the goddess of love, the Temple of Philae was the last temple built in the classical Egyptian style. It is one of the most beautiful, most feminine, and best-preserved temples in the country. So it certainly should be on the list of places to visit on a trip to Egypt.

The temple was dedicated to the goddess Isis, wife of Osiris and mother of Horus. These three characters dominate the ancient Egyptian culture and their story has all the drama of a Shakespearean tragedy. The god Osiris is murdered and dismembered by his brother Seth. Isis searches for the fragments, gathers them and with her magical powers brings Osiris back to life. They then conceive the god Horus. Osiris becomes the god of the lower world and judge of the dead – who must answer to him for their actions on earth. Meanwhile, Isis gives birth to Horus and protects the young god. Later, when Horus grew up, he avenges his father by defeating Seth in battle.

Isis is a very important figure in the ancient world. She is associated with funerary rituals, but as the sorceress who resurrected Osiris and gave birth to Horus, she is also the giver of life, healer, and protector of kings. She was known as the “Mother of god” and was depicted with a throne on her head. During the Roman period, her cult spread throughout Greece and the Roman Empire. 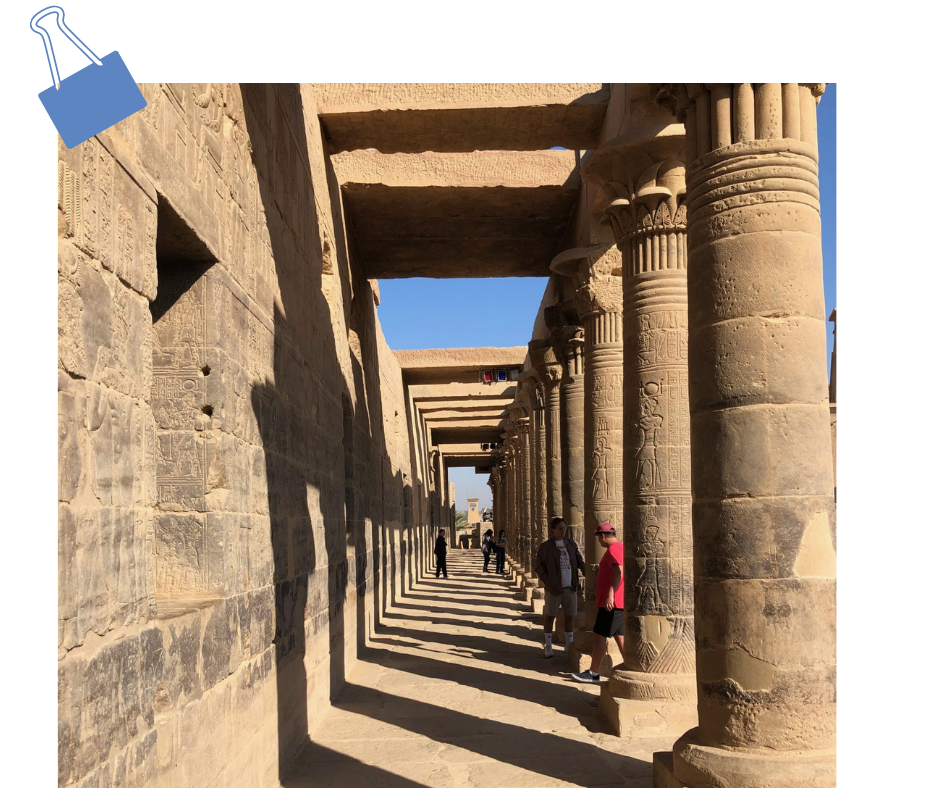 Saved from a watery grave by the UNESCO rescue project during the construction of the Aswan High Dam, the temples were moved block by block from their original site on Philae Island to Agilika Island, 12 kilometres south of Aswan. Thanks to this, today travellers can still walk amid the columns of this ancient venerated site. 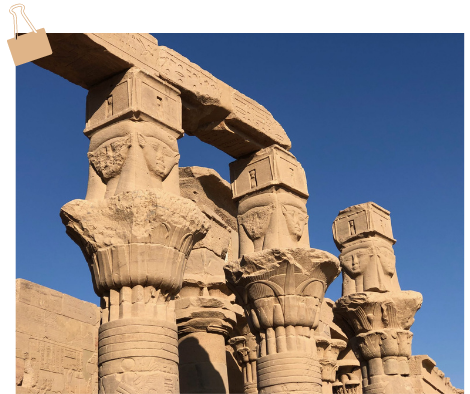 Philae in Greek or Pilak in ancient Egyptian, meaning “the end”, was begun by Ptolemy II and completed by the Roman emperors.

Its columns that blend Egyptian and Greek architectural styles, as they were built at the behest of Pharaoh Ptolemy II, of Greek lineage. In the old days, all the walls were decorated and colored, and some still bear paint marks.

Before visiting the Philae complex, read up on its history and architecture so as not to miss details such as the northern end houses several Roman and Byzantine remains, including two Coptic churches, the remains of a monastery, and the ruins of the Temple of Augustus.

The Philae Temple Complex is located on an island in the Nile River – the island of Agilchia, which can only be reached by boat, a detail that gives even more charm and mysticism to this place dedicated to a female deity.

Access to the temple complex is by boat from the boat landing in Shellal. The price always changes and depends a lot on your bargaining power. Have fun with it! And remember that this is the boatman’s main form of income; an extra dollar or two probably means more to them than to you. 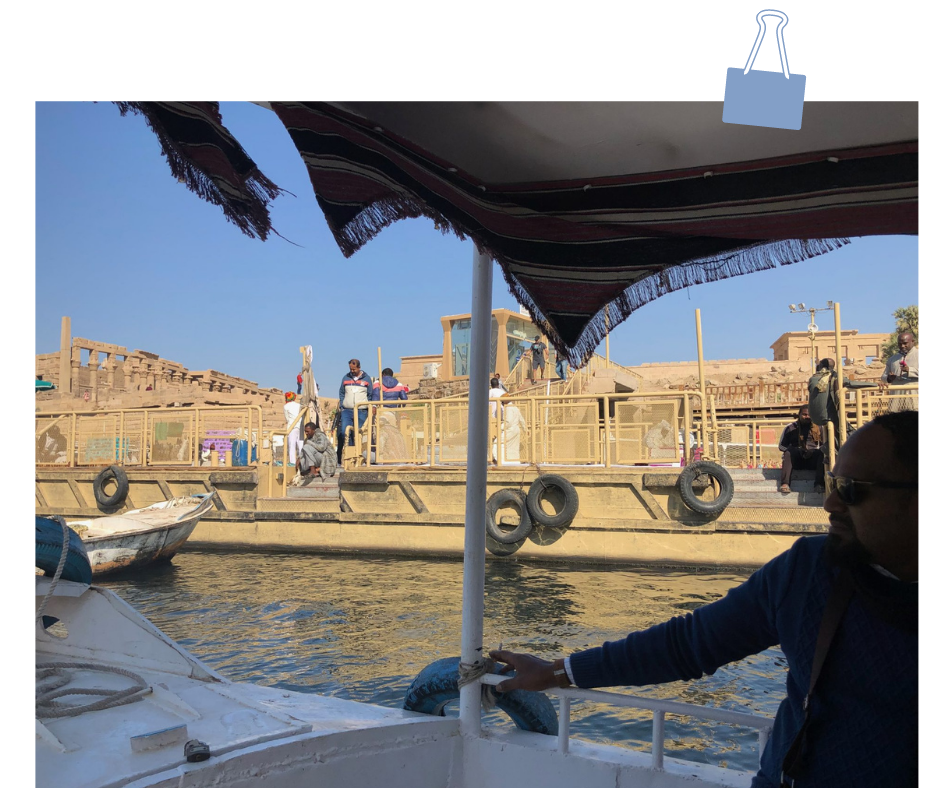 The curious thing is that the Temple was not always there. It was originally built on Philae Island, but because of the construction of the Aswan High Dam, it would be flooded if not saved by the UNESCO rescue project.  The temples were then transferred block by block from one island to the other.

Despite being the smaller island, Philae was, from the numerous and picturesque ruins that once existed, the more interesting of the two.

Since Philae was said to be one of the burial places of Osiris, it was held in high reverence by both the Egyptians to the north and the Nubians. It was considered unholy for anyone except the priests to dwell there.

It was also reported that neither birds flew over it nor fish approached its banks.

Under King Menes, a large irrigation system was created in 3100 B.C. At that time, they used dams and canals, one about 20 kilometers long, which diverted the waters of the Nile River into a lake that was created for this purpose, Lake Moeris. The villagers used the water for both irrigation and drinking purposes. 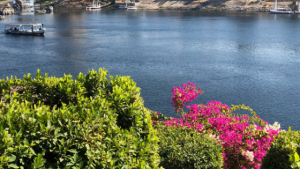 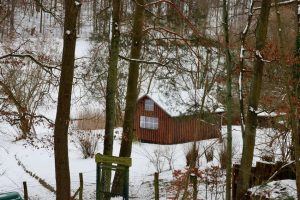 The myth of the Blumenthal forest in Brandenburg – Germany