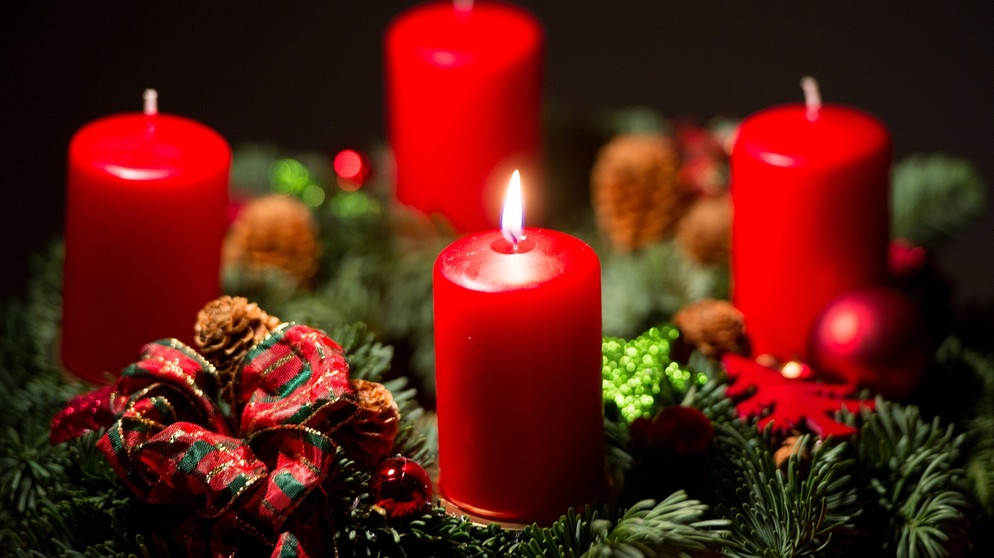 The advent has arrived, so it’s time to get into the Christmas mood. One of the most beloved traditions in Germany is the Advent Guirland – Adventskranz. So let’s get to know the story of this wonderful piece that brings to our homes the Christmas spirit and a delicious feeling of celebration.

What is the Advent wreath? 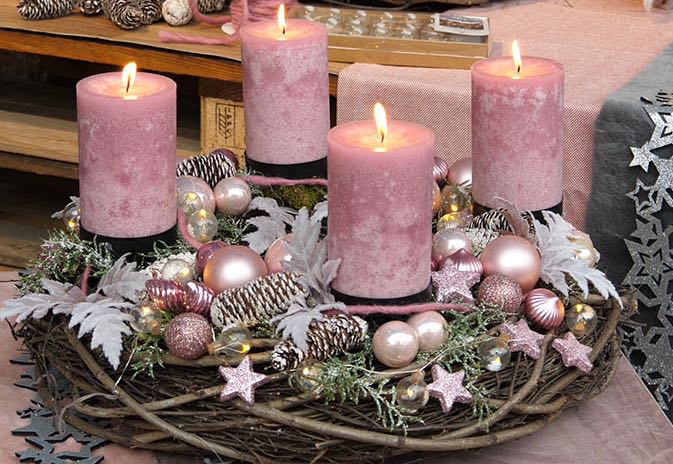 The Advent wreath is a table decoration with four candles, usually made with fir branches.  The candles are lit one after the other every Sunday of Advent: On the first Sunday of Advent, one candle is lit, from the Second Advent the second candle is lit and so on. This crown represents the remaining days until Christmas Eve and symbolizes the festivity of this special time.

Here in Germany, the month of December is dim. It is already dark at 4 o’clock in the afternoon, added to the cold, makes the candles bring a special cosiness.

The History of the Advent wreath

It is said that probably the first Christmas garland, appeared in 1839 by the Protestant-Lutheran theologian and educator Johann Heinrich Wichern. In 1833 he took care of some children in poor conditions and moved with them to an old farm, the “Rauhe Haus” in Hamburg.
The children were anxious until Christmas came. So that year Wichern converted an old wagon wheel and a wooden crown and placed 20 small red candles and four large white candles on it. During daily devotions, children could light a red candle on Advent Sundays and a white candle. This made the days until Christmas Eve more tangible.

Over the years, the Catholic Church has also adopted the crown of Advent as a tradition.

Today, almost all German homes light their candles in Advent. Regardless of their beliefs. Or even in their total absence. For many, it is only part of Christmas traditions.

There are different interpretations of the symbolism of the Advent wrath. The original symbolism is the increase of light as an expression of the growing expectation of the birth of Jesus Christ, who is called the “light of the world” in the Christian faith.

The circular form of the crown symbolizes the eternity of life given with the resurrection.

The four candles, the coming light which illuminates the world on Christmas night, also symbolize the four cardinal points.

The green of the fir symbolizes hope. 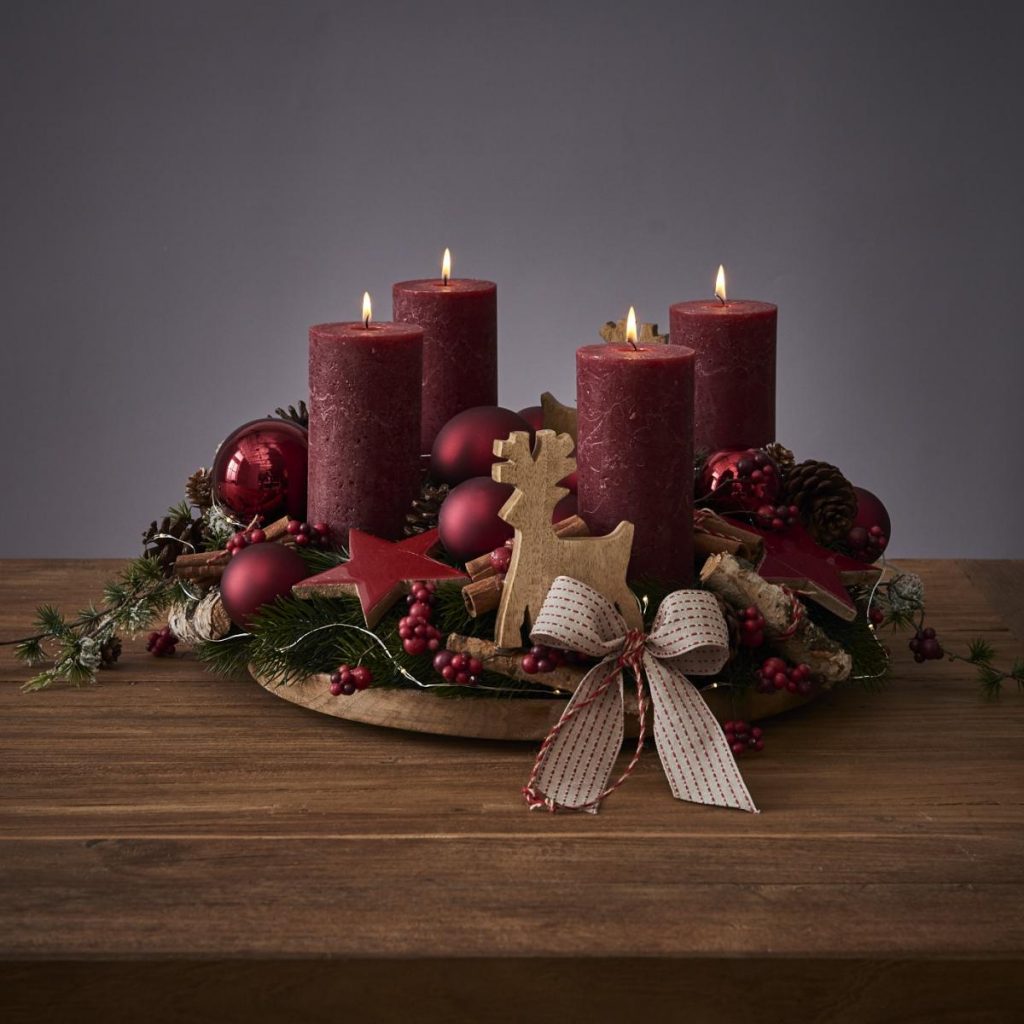 Ideas for you to make your own crown

Here in Germany, they are everywhere. They are easily found in floriculture, department stores, decoration, etc.

It is also very easy to find the basis for mounting your own crown.

But I know that in other countries it is not so easy to buy one, so I have selected some photos of alternative garlands that can give you ideas to get inspired, do your individual good and get into the Christmas atmosphere. 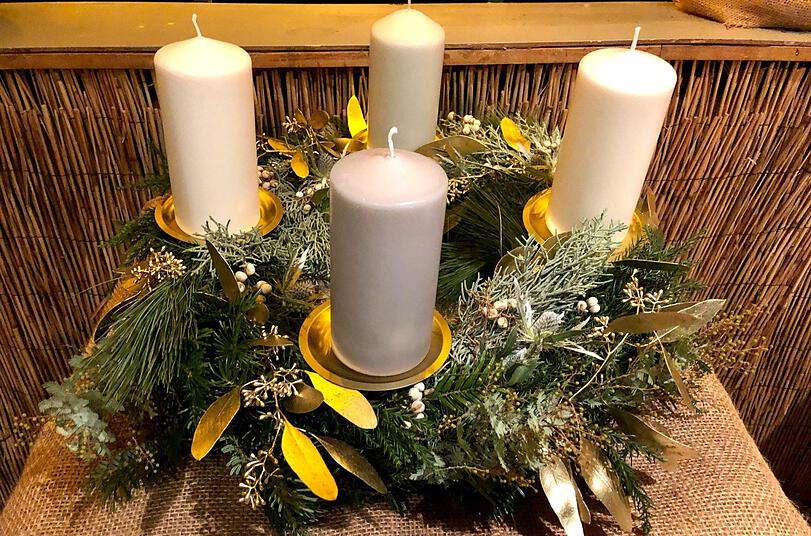 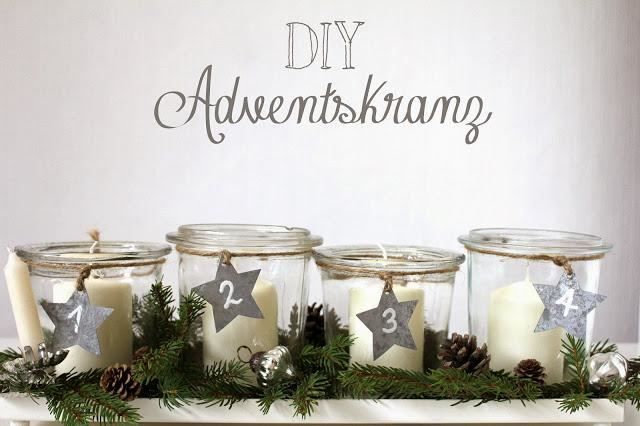 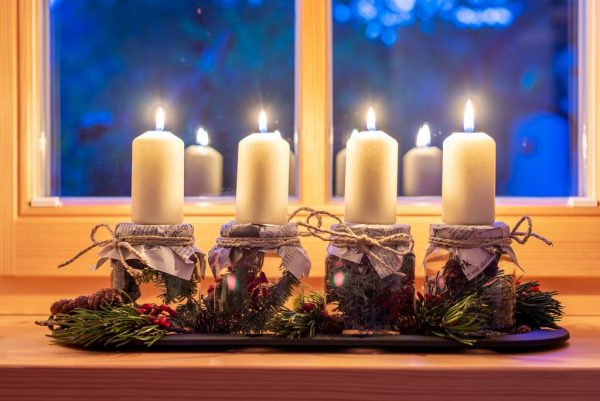 That’s my Adventskranz. “O”? You can ask. Yes, because the literal translation is advent crown, and crown in German is male.

I have had that same crown for six years. I just change the colour of the candles every year. I really like it. I think the elements we put in it are really nice. A mixture of tradition and modernity. 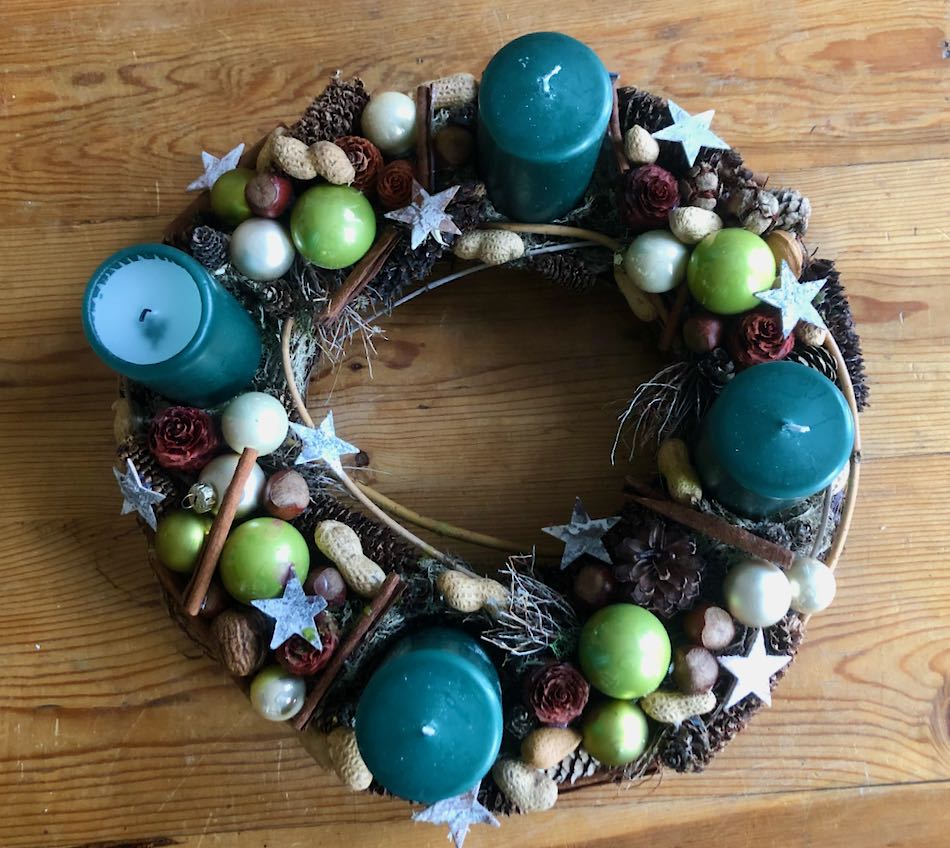 I hope you have enjoyed it and wish you a happy advent time with all your heart!

If you are a fan of German traditions click here.

💚💙💚💙 Pure nature between the dunes!